January 18, 2014 — (TRN LINK  ) — At least one enormous object of unknown origin has been visually verified as having landed on our moon. As a result, on Wednesday, January 15, three Terrier-Orion rockets blasted off within a span of 20 seconds from NASA’s Wallops Flight Facility between 1 a.m. and 5 a.m. EST (0600 to 1000 GMT) on hush-hush missions for the Department of Defense (DoD).

TRN has obtained photos of the unknown spacecraft and has an audio interview with an outside consultant from NASA’s Meteoroid Environment Office (MEO) who confirms that for almost two years the U.S. government used the McDonald Observatory in Texas to track the approach of two of these enormous objects. A year ago, in January 2013, the objects had gotten to 200,000 miles past Mars when they suddenly vanished.

Realizing these two craft were approaching earth and might not be visible to NASA’s Lunar Reconnaissance Orbiter Camera (LROC) depending upon where they went, the Government reactivated the previously cancelled Lunar Atmosphere and Dust Environment Explorer (LADEE) to be launched to the moon on September 6, 2013. It took almost 100 days for LADEE to be placed into proper lunar orbit because NASA utilized gravity instead of rocket fuel to achieve this. By December, 2013, both the LADEE and the LROC found at least one of the two enormous objects had landed on the moon, in a crater the size of the City of Chicago. READ MORE 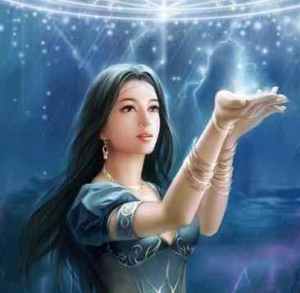 Guiding Lightworkers on their Kundalini Journey...

Deal with the faults of others as gently as your own.

Today's energies from the Planet...

The Philosophy of Capitalism