The Path of the Eclipse…Africa Rises

The Path of the Eclipse…   AFRICA RISES 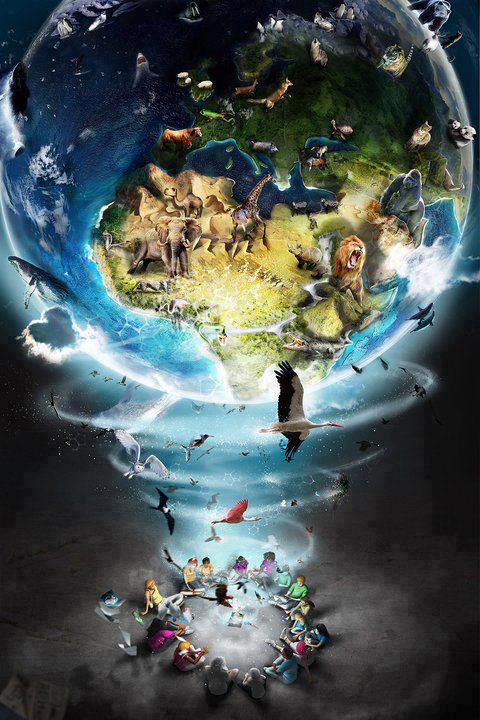 The nature of this Eclipse is what is called a “hybrid”.

It is partially a Total Eclipse and partially Annular, which is a kind of partial eclipse. The Total Eclipse follows a path across Central Africa, from the Rain Forests of Gabon through the Congo and the Democratic Republic of Congo, into Uganda, Kenya and then into the Horn of Africa and Ethiopia and Somalia. The Partial Eclipse covers most of Africa. This is an African Eclipse and it is awakening Africa!

First of all, the area of Total Eclipse is primarily deep African Rain Forest, some of the most pristine environment on the Planet. It is a time when the “Forest Codes” for the New Earth will be powerfully activated in AFRICA. But, on another level, these Light Codes will release Africa from the deep darkness that was thrust on her in the late 19th and early 20th centuries, and allow her to rise again into Light.

Africa is probably the most “ignored” continent on the Planet.

Not much is known about the history of one of the largest continents on the Planet, other then it is said to be the origin point of Human Life. It was the original “Mu”….the first continent that expanded to become first Lemuria and then Atlantis. It holds the powerful original Codes of Creation, which were held by the Keepers of Creation, the “Elohim Guardians” of Africa. These Creation Codes are ready to be released back into the Grids at the time of this Eclipse. This Release will allow the Earth Keepers and Creators who work with the Elohim to once again access the Holographic Library at the Center of the Planet.

Filed Under: GOLDEN AGE
Tags: Change is on the Horizon - Dawn of the Golden Age : EARTH : Mass Healing For Mother Earth

One Comment to “The Path of the Eclipse…Africa Rises”

For Caterpillars Seeking The Butterfly Within